The Viking Sushi tour takes you around the beautiful Breiðafjörður’s islands, the popular Viking Sushi Adventure Voyage offers a glimpse of the fjord’s spectacular scenery: variegated rock faces, areas of historical interest, along with the strongest ocean currents anywhere on Iceland’s coasts.

During the summer, the area is crowded with birdlife which include: puffins, shags, black-legged kittiwakes, arctic terns, fulmars and eider ducks. Even the king of Icelandic birds, the white-tailed eagle is seen occasionally.

A definite highlight of the tour is the towing of the dredge along the ocean floor, when different kinds of shellfish are scooped up from the bottom of the ocean like: scallops, sea urchins, crabs, starfish and sea cucumbers, some of which can be eaten raw.

Dress for the occasion. 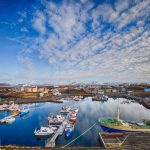 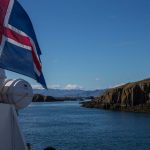 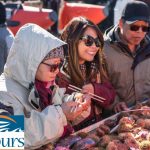