This Golden Circle & Secret Lagoon tour is a great adventure which allows you to combine rest and relaxation to sightseeing some of the main nature attractions in Iceland.

First stop in this tour as the Secret Lagoon located in Fludir, South Iceland. You will spend a couple of hours soaking and relaxing in this geothermal lagoon which is not the best kept secret in Iceland anymore and for good reason.

After your rest & relaxation in the Secret Lagoon, the tour continues to the main attractions of the Golden Circle which are Geysir hot springs, Gullfoss waterfall and Þingvellir National Park.

Geysir Hot Spring area is home of Strokkur which sprouts of hot water goes up to 30 meters (100 ft.) high in the air every few minutes. The area takes it name from the great Geysir who can erupt hot water up to 70 meters (230 ft) up in the air, however eruptions of the great Geysir are very infrequent and it can be dormant for years at a time.

Gullfoss is the most popular waterfall in Iceland. It is a two stage waterfall in Hvita glacier river which has a total drop of 32 meters (105 ft.) followed by the powerful Gullfoss Waterfall. During the first half of the 20th century and some years into the late 20th century, there was much speculation about using Gullfoss to generate electricity. Luckily, those attempts were unsuccessful, partly due to lack of money by investors. The waterfall is now protected and is owned by the state of Iceland.

Thingvellir National Park is a UNESCO world heritage site and is of great cultural, historical and geological significance for the Icelandic nation. It is home to the oldest parliament in the world founded in 930 AD. Thingvellir is also a place where witches were drowned in the viking ages and whree the two tectonic plates are slowly drifting apart. The park also has Þingvallarvatn,  the largest lake in Iceland and Silfra fissure where snorkeling & diving tours are offered.

After exploring all the attractions on the Golden Circle we head back to Reykjavik where you will be dropped off in the same placed that you were picked up.

Please be ready in outside your pick up place at the scheduled departure time, but please note the bus can take up to 30 minutes to arrive.

Recommended to dress warm because the weather in Iceland can change in the matter of minutes.

Remember to bring a bathing suit. 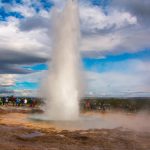 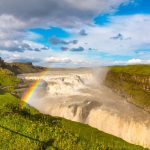 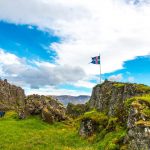