This 7 Day Complete Iceland Tour gives you the chance to travel the Ring road around and experience the best of Iceland in just 7 days. You will see the most stunning and legendary places. You will see lots of stunning waterfalls including Gullfoss, Seljalandsfoss, Skógarfoss, Godafoss, Dettifoss, Hraunfossar & Barnafoss among other.

The tour takes you to most of the main attractions in Iceland around the Ring Road and the delights of Snæfellsnes peninsula. You will experience scenic fjords with beautiful mountains of all shapes and sizes.  You will walk on a glacier and explore the Glacier Lagoon. You will seethe Golden Circle, an erupting geysir and other geothermal areas, black sand beaches, charming countryside villages, three national parks and so much more.  Activities on the tour include whale watching, hiking, visit historical sites, hot springs, steaming geothermal areas, bathe in natural geothermal pools and much more.

On the first day we will take you to Thingvellir National Park, the most significant historical site in Iceland, which is also a UNESCO geological site. In the park you will see the two continents where the North American and Eurasian tectonic plates have been slowly moving apart. Next up is an erupting geyser, at the Geysir geothermal area. where the geyser named Strokkur erupts every few minutes. You will also experience the most popular waterfall in Iceland, Gullfoss. After completing the Golden Circle the journey continues to the ever popular South Coast of Iceland where you will see Seljalandsfoss & Skógarfoss waterfalls as well as the black sand beach called Reynisfjara.

Full details of the places you will see on other days can be found in the itinerary below. Each night you will stay at a different country hotel or guesthouse, putting you in a convenient location every time.

The day starts with a pick up from your hotel/guesthouse in Reykjavík. First, we start to explore the popular Golden Circle, which includes Thingvellir National Park where oldest parliament in the world is located, founded in the year 930 A.D. The next stop on the Golden Circle are Geysir hot springs and Gullfoss waterfall. Next, we will drive to the beautiful South Coast. Our first stop is at Seljalandsfoss waterfall,  where you can walk behind the waterfall itself.  Next, we will stop at the scenic Skógafoss waterfall, where the water crashes down over sea cliffs that marked the coastline of Iceland long ago.  The final stop of the day is at Reynisfjara Black Sand Beach, the home of  Reynisdrangar peaks, believed to be the figures of two trolls caught in the sun and turned to stone, and a basalt column cave. After that, we will make our way to a country hotel near the charming village of Vík, where we will rest for the night.

Accommodation for the night: Hotel in Vík village – Hotels vary but most often used in Vík is Hotel Katla. Standard is equivalent of 3 stars.

The adventure continues along the South coast of Iceland, going further east in the direction of Skaftafell and Vatnajökull National Park Region. At Skaftafell, another of Iceland´s three national parks, we will take a 3 hour glacier hike on one of Vatnajökull outlet glaciers, led by one of our skilled glacier guides. After that joyful experience, we will explore a little further Jökulsárlón glacier lagoon where we can expect to see floating icebergs and seals. Beside the glacier lake, we will find another black sand crystal beach, which is usually filled with clear icebergs that have floated back to shore. For the evening, we will lay our heads in accommodations in the pleasant seaside town of Höfn.

Accommodation for the night: Hotel near Höfn – Hotels vary but most often used are Hofn-inn Hotel, Hof Adventure, Hotel Smyrlabjorg and Hotel Gerdi, these are all a similar standard and would be equivalent of 3 stars.

The scenery continues as we follow the coastline of the East Fjords to Egilsstaðir, a beautiful town on the banks of the Lagarfljót River. On the way there, we will go for a 3-hour hike to Hengifoss, one of the highest waterfalls in Iceland. Next is Litlanesfoss waterfall – look for the red strata climbing the walls around the waterfall, created by volcanic ash and basaltic lava over thousands of years as the cliff was formed in the heat of many mighty eruptions. We will then make our way to our accommodation for the night.

Accommodation for the night: Hotel in or near Egilsstadir – Hotels vary but most often used is Hotel Valaskjalf. Standard is equivalent of 3 stars.

This day is filled with highlights of Iceland as we travel from the east to the north. The drive from Egilsstadir  will take you through some magnificent landscape Our first stop is at the magnificent Dettifoss, the largest waterfall in Iceland. Next, we head to the Lake Mývatn area. Here our first stop will be Namaskard geothermal area, filled with mud pools and fumaroles.  We’ll then make a stop at Mývatn Nature Baths, where you have the opportunity to bath in a natural geothermal pool, The nature baths are the North’s answer to the Blue Lagoon. The entrance fee can be added when booking or paid on site. For those that don’t wish to go in the water, they can stroll around the area and enjoy the views or sit down in the cafeteria. Next up, we will take a walk to the Hverfjall crater, caused by a volcano eruption 2500 years ago and Dimmuborgir, the “dark cities” of lava formations that tower overhead. We will continue our drive around Lake Mývatn before heading in the direction of Akureyri, with a stop on the way at Goðafoss Waterfall. Our accommodation will be at an inviting country hotel near Akureyri, the second largest city in Iceland.

Accommodation for the night: Hotel in or near Akureyri – Hotels vary but most often used is Hotel Dalvik. Standard is equivalent of 3 stars.

We will start the day by exploring the capital of north Iceland,  Akureyri town. Then, we will drive to the neighboring town of Dalvík where we go for a 3 hour whale watching tour in Eyjafjörður fjord, which is one of the best spots for whale watching around Iceland. Common sightings are humpback whales, white-beaked dolphins, and the occasional blue whale! If you like fishing , give sea angling a try and taste whatever you catch. Next, we will travel the Tröllaskagi Peninsula, which has some magnificent mountains. We will also drive past some fishing hamlets before we stop in the cosy village of Siglufjörður. Thereafter, we will head to West Iceland, where we will spend the night in a hotel in Bifrost which is a small college community.

Accommodation for the night: Hotel Laugarbakki or similar. Standard is equivalent of 3 stars.

Today we will explore part of West Iceland, voted one of the best travel destinations in 2016 by Lonely Planet. First stop is Grabok volcanic crator, Next stop is at Deildartunguhver geothermal area, Europe‘s most powerful hot spring. Next, we will view the Hraunfossar waterfall flowing from underneath the lava field and walk to the nearby Barnafoss waterfall. Our final stop of the day is at the historic site of Reykholt where Snorri Sturluson, medieval historian, politician and writer of some of our greatest sagas, lived. In the evening you’ll be dropped off at the hotel in Borgarnes that you’ll be staying in for the night.

Accommodation for the night: Hotel Borgarnes or similar. Standard is equivalent of 3 stars.

On this final day you’ll be picked up at 10 am, after you have had breakfast and checked out of the hotel. You will explore the Snaefellsnes peninsula on this day, the first stop of the day is at the beach of Ytri-Tunga, home of many seals and birds. Next up are the charming coastal village of Arnarstapi and Hellnar, where you have the chance of having lunch before we head into the Snæfellsnes National Park. There you can upgrade to 8000 year old Vatnshellir lava cave tour or wander around the area with views of Snæfellsjökull glacier. Next up is the magnificent Djúpalónssandur beach, where you can find boat wreckage and “the lifting stones”, where fisherman measured their strenght. The last main stop of the day is at Mt. Kirkjufell, which is probably the most photographed mountain in Iceland. In the evening, we’ll drop you off at your pick up location in Reykjavik around 20:00 a clock in the evening.

Pick-up Information
Pick-up is at 08:00 am from your hotel or a nearby meeting point in Reykjavík. Picking everyone up can take up to 30 minutes, your patience is much appreciated.

What to bring:
Warm layers, waterproof top layer, headwear, gloves, scarves and hiking boots, camera, swimsuit and a towel. Strong hiking boots are essential for glacier hiking, we provide ice crampons for this activity, it is not possible to fit these to any other kind of footwear.

What if I don’t own all of these clothing items?
Don’t worry, you can always rent sturdy hiking boots, waterproof jacket and pants in the booking process. It must be ordered in advance as we do not rent gear from locations. 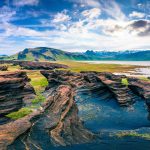 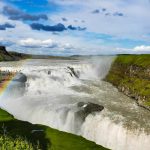 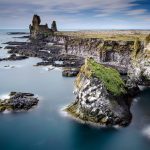 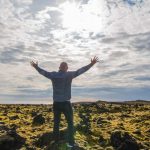 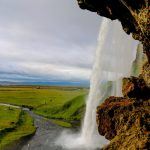 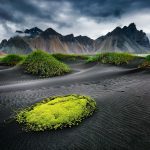 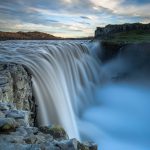 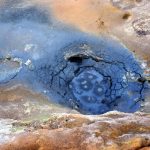 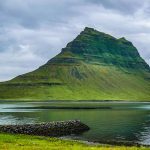 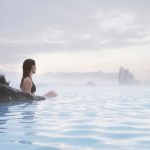 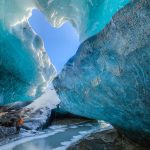 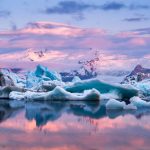 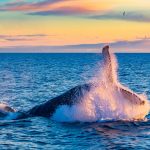 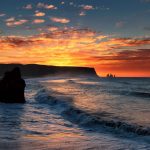 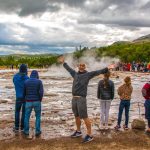 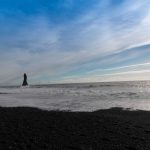