The Tranquility of Flatey island

The small island of Flatey (meaning flat island) is only about two kilometers long and one kilometer wide and is located West of Iceland between Snæfellsnes Peninsula and The Westfjords.

The small island of Flatey (meaning flat island) is only about two kilometers long and one kilometer wide and is located West of Iceland between Snæfellsnes Peninsula and The Westfjords. The island is home to some wonderful old architecture with many of the houses dating back to the 19th century. It is also rich with amazing birdlife. The island is home to only two full time residents but all the other houses are owned by families that have some ties to the island, often decedents of people that lived on the island when it was inhabited from the 16th until the mid 20th century. These houses are only used as summerhouses, as the island is only really accessible in the summer. 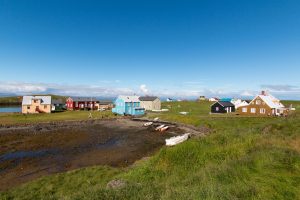 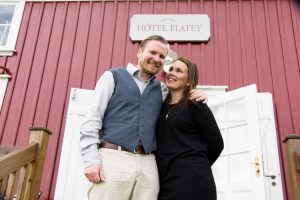 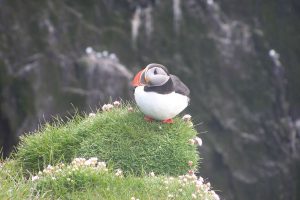 It was a fine day in mid July when we took the ferry Baldur from the beautiful seaside village of Stykkishólmur. The 1,5 hour boat ride was quite comfortable and it was interesting to explore many of the small islands on the way with some of them having a house or a lighthouse on it and some even sheep. There are about 2.700 small islands in the Breiðafjörður Bay area in different shapes and sizes, so binoculars come in handy if you want to look around. 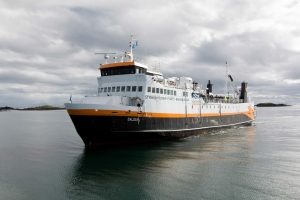 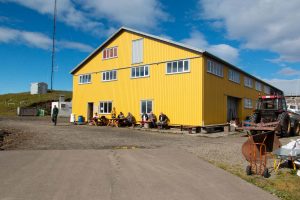 Once we arrived at the harbor in Flatey the receptionist of the hotel where we had booked two nights picked up our luggage with the only car on the island. Than we had the pleasure of the ten minutes’ walk from the harbor to the village. We had been looking forward for this for a few weeks and were excited to explore the island and enjoy a facebook free weekend without any kids to serve.

After we had checked in to our beautiful 19th century style hotel suite we took a moment to breath in the tranquility of the island. There is not much on Flatey island that reminds you of the computer age that we live in, so it didn´t take long for us to drop the annoying habit of checking our mobile phones every couple of minutes. We were free from all the stress of the modern day life, even if it was just for the weekend. A valuable commodity in this day and age.

We settled in nicely and after a few moments of rest we went to dinner at the only restaurant in the island which was of course at the hotel. There the waiter informed us that the pub would be open for the evening, but it is only open between 21-24 hours on Fridays and Saturdays. We were not going to miss out on that. After a nice dinner we had a lovely walk along the cliffs of Lundaberg (Puffin cliffs) where I decided to pop the big question and to my surprise she said yes.  Afterwards we headed down to the pub where the locals & guests welcomed us, cheered for us and shared stories from the island, a great day that will be remembered. 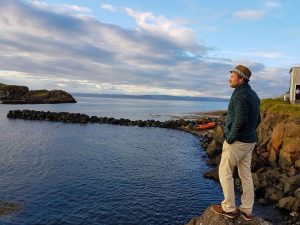 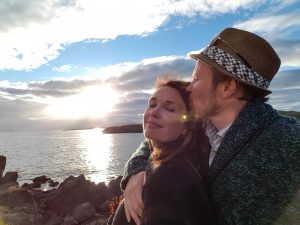 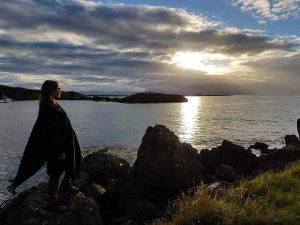 The weather forecast for that weekend wasn´t great so we were pleasantly surprised when the sun greeted us on the Saturday morning. After a nice lay-in and some breakfast we headed out for a stroll around the island, we were greeted by an abundance of bird life, some getting to close for comfort as the Arctic tern is very protective of their chicks and will pick your head if they sense that you are getting to close to them. We were very lucky as today was the 15th July and on that day the Bird Nature Reserve on the island is opened. Other species of birds that we came across were eiders, puffins, gulls, black guillemot, Eurasian oystercatcher, common snipe and many more species that I don´t know the name of.

The beautiful birds of Flatey island 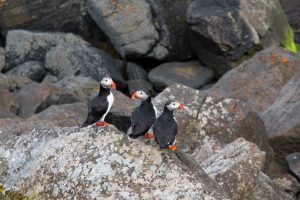 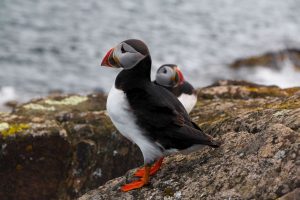 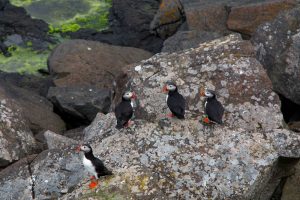 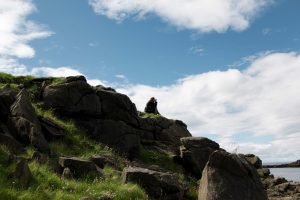 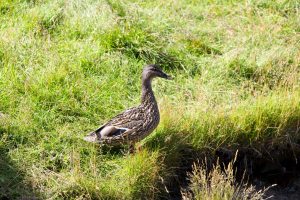 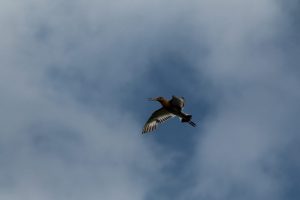 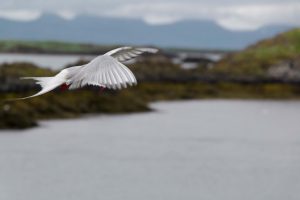 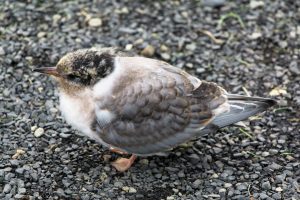 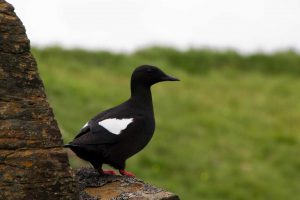 After the bird watching we went for a hot dog on the pier where they have a small and interesting country shop & tourist info center, the women working there were very friendly. After lunch we headed out to admire and photograph the architecture on the island, here are some of the photos of the wonderful houses.

The colorful houses of Flatey island 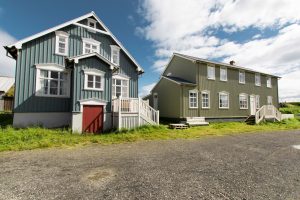 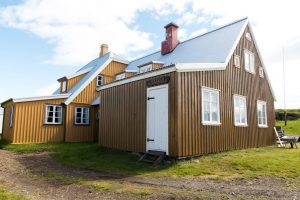 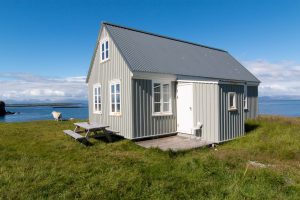 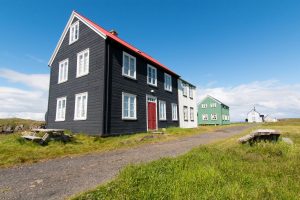 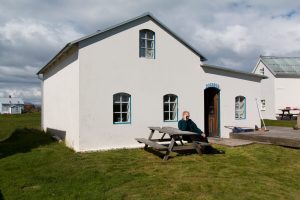 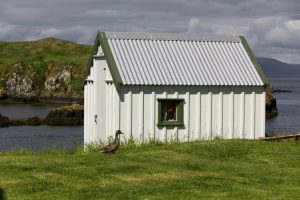 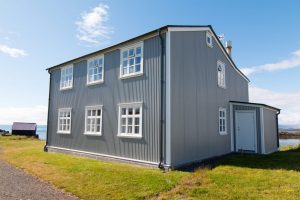 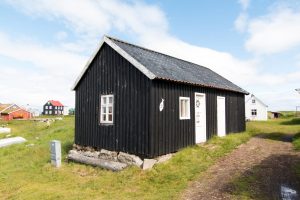 The islanders are very conservative about any changes and it is no tradition on the island to change even the colors of the houses.

We ended our architectural walking tour of the island in the church and library where the great Spanish/Icelandic painter Baltasar Samper who painted the inside of the church and later restored it, a true masterpiece. 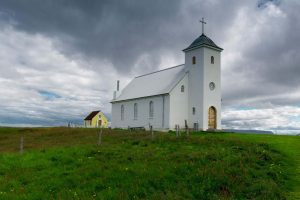 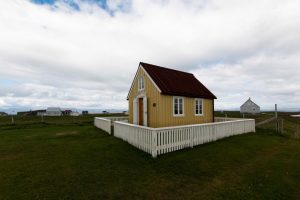 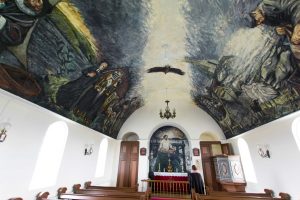 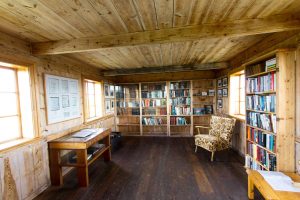 We really fell in love with Flatey island and I would defiantly recommend it for all those traveling around Iceland and looking for a different kind of tempo. I was so lucky that I went there with my girlfriend, came back with my fiancé and I will for sure return there in the future with my wife.

Send this to a friend