Skyr - All about the famous Icelandic Yogurt

Skyr has been part of the icelandic culture and cuisine for more than a thousand years.

Skyr has been part of the icelandic culture and cuisine for more than a thousand years. However, history says that the Skyr was initially brought from Norway but after many centuries, the skyr tradition got lost around Scandinavia and only survived in Iceland and some parts of Norway.

It is so old that it is even mentioned in some ancient sagas. What still unknown is if the modern skyr is similar to the original, as there are not descriptions or recipes from the old times.

Nowadays, its popularity has grown so much that in recent years, many nordic countries like Norway, Sweden or Denmark have started to produce it. It even reached the United States where the largest Skyr brand is based.

The process to make the Skyr is what technically gives the “cheese” category: rennet is used in the process (Rennet is an enzyme that is used to separate milk into solid curds for making cheese).

The process separates the milk from the cream, then that skimmed milk is pasteruized and fermented over 8 hours using icelandic techniques. Finally, that fermented milk is filtered.

After this process you get the traditional skyr which has a thick consistency and a slight sour flavour.

Traditional makers always point out that for a proper skyr production the milk should come from Icelandic cows as it has more density in certain nutrients.

This is what makes this dairy product so special also: nutritionally it serves up for 100gr – 61 calories, 11g of protein and 0,2g of fat (plain skyr). Besides, there is a great variety of flavoured ones with fruits, vanilla or even cake flavours (Keep in mind that some of those might have added sugars)

Skyr is the perfect option for those who have high protein diets and the good thing about it is that it is easy to combine with all sort of meals and dishes: from breakfast to salads or desserts.

Skyr for: basically everything…

As we mentioned, Skyr is so flexible for it’s dual nature of being cheese-yogurt that it can be used in all sort of dishes. Throughout the years and the evolution of the icelandic cuisine it has grown into the icelandic restaurants that try to combine the icelandic tradition with the modern gastronomy. That is why it’s not hard to find restaurants that have introduced skyr in many different and innovative ways. 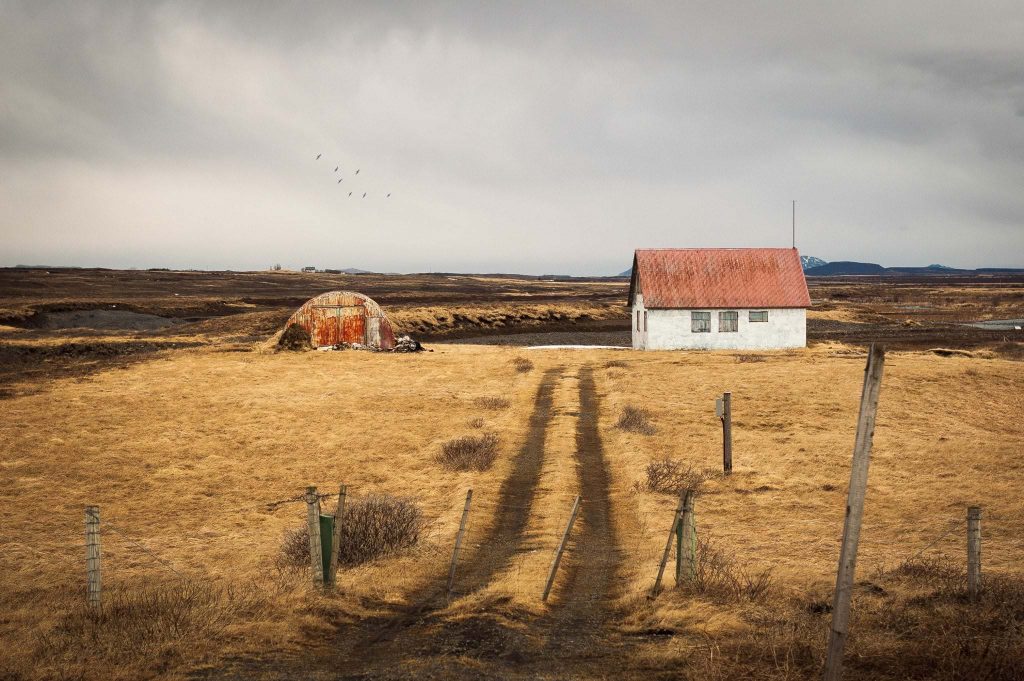 If you are travelling and driving in Iceland be aware that there are some farms along the way that make traditional skyr from their cows. It is a good way to try how real skyr made in the farm tastes like. Give it a try!

Send this to a friend